Home
Fortnite
I Tried: My letter to the STW Developers Fortnite
Prev Article Next Article 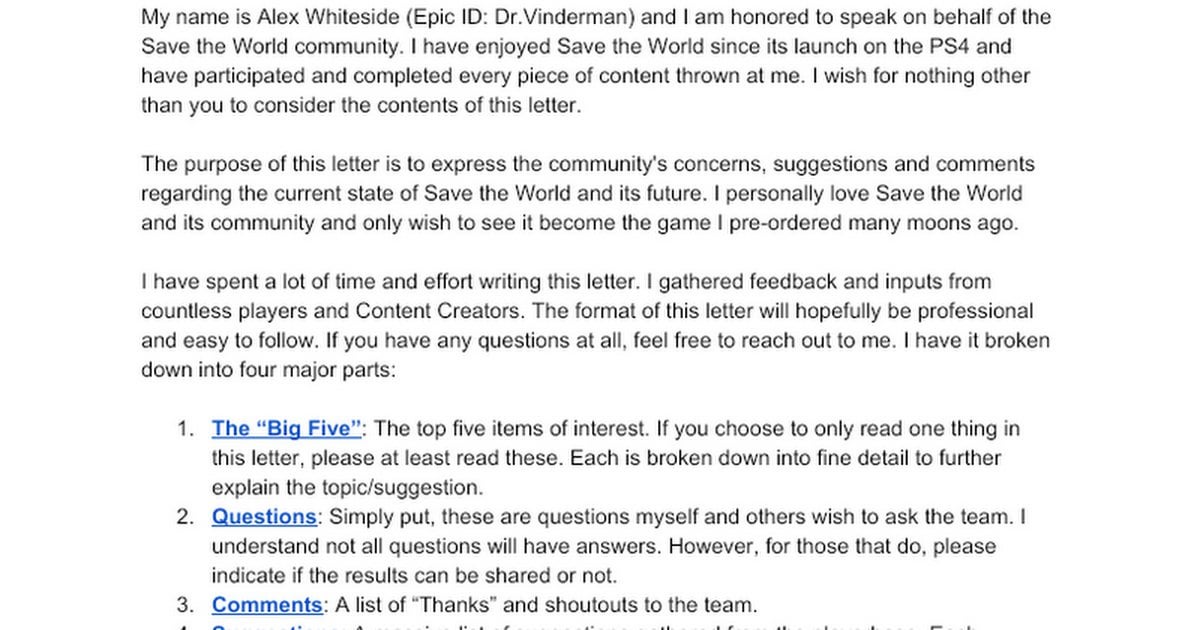 So I think this is … either an April Fool's joke or off-season.

However, two months ago I collected many questions, suggestions and comments that I found in the subsection. I've also contacted countless creators like Chedic, DemonJoeFrance, Dan7eh, A1getdismoney, Pigginatti and many others to get a variety of inputs. It took several weeks to contact people and write this message.

I initially contact Magsyt with the intention of sending this message directly to them, but due to COVID-19 … they suggested a digital document through Google Docs.

I wrote the letter and my terrible grammatical skills … I had a few people looking at it … but it's not perfect.

** Here is the 10-page message: ** https://docs.google.com/document/d/1Md2vorGiG0bMP3GFPVXmczFj3nY8CtHO1VOsqTtdXJk/edit?usp=drivesdk

Thanks to Google Docs, I could see that anonymous people were really seeing it which gave me hope! However … as you and I already know … the reason I probably didn't get direct comments on the message is because of this update and the mentality that they have already settled on.

All I was told was that they couldn't give any notes to one person and would instead be in the form of a public announcement … if anything.

It is a shame to know my efforts and dedication for free.