Krunker.io Agent is known as the class using the Akimbo Uzi as its main weapon. You can easily play by selecting this class from the class selection section when starting the game. It can be considered a class not preferred by many players. It is one of the character classes added to the Krunker.io game later with updates.

Krunker.io is an exciting shooting game where players compete in a shooting field. There are multiple maps of the game in which players wage a battle against each other. The main objective of the players is to survive. Survival of the fittest is the main essence of the game. The only fittest player can survive, level up, and achieve a higher score. Thus, Krunker.io game is a wonderful free to play online game that is packed with exciting features.

Players can customize the Krunker.io game, and create modes. Now, players are given the freedom to set up a format in which players compete, shoot, and level up. Customization of the game enables the players to enjoy the variable experience within the game.

Though there are different modes of the Krunker.io game available, players can enjoy the customized modes and play according to their will. 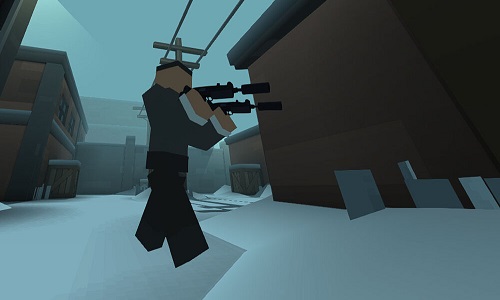 The agent is a class within the Krunker.io game that enhances the beauty of the game. It is a powerful class that can utilize two weapons at a time. Krunker.io Agent is also a furious, aggressive, and short-range class that is quite tougher than other classes such as Vince class.

Best Features of the Krunker.io Agent

Following are some of the best characteristics of the Krunker.io Agent:

Strategy Used by the Krunker.io Agent

The agent has a fast speed, so the player should approach the opponent. It is so because the weapon of the agent cannot target faraway objects/persons well. To suppress the spread of the agent’s bullets, the agent should crouch and then fire. However, this puts you at a target position and decreases your movement as well as speed.

The agent can still give out bigger damage to the opponent. However, if Krunker.io Agent is close to the enemy, the agent can take out an opponent with 2 bullets only. So, play strategically and win the game.